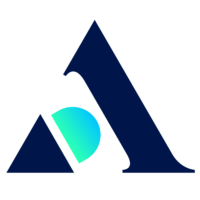 This Election Year Reach for People, Not Just Voters

As political campaigns race to spend a record $10 billion to influence November 8 outcomes, many are relying on a tried-and-true strategy of targeting voters to influence their decisions.

Amid the glut of spending and increased competition for attention, campaigns should stop focusing exclusively on “voters,” and instead build their advertising efforts around people. It might not seem like a big distinction, but the results could be powerful.

People vote, and voters are people, so why the distinction? It comes down to the kind of data that campaigns use to build their targeting segments.

“Voters” is very limited, as it refers only to audiences that are built from onboarded voter log data. Campaigns have historically leaned heavily on audience segments built from this seed set, because past voting behavior is a good indicator of future voting behavior.

When a campaign is trying to sway as many people as possible in a limited period of time, there’s little room for error. There is a clear benefit to getting someone who hasn’t voted in a while to visit the polls, as well as reaching the Gen Z cohort that is voting for the first time.

How campaigns can capitalize

In years past, campaigns might have thought investing in clearly aligned voter data was most effective. This year, it’s imperative that they think more about how to reach people who are interested in issues, rather than the tightly confined registered voters. In 2020, 17.1 million more voters cast ballots compared to 2016. This was the largest increase between presidential elections and outpaced the growth in the voting-age population, according to census data.

Stepping back and thinking about “people” opens up an entire universe of ad targeting opportunities. It’s a far broader scope than voter registration data, which means that campaigns can reach even more people who may be casting a ballot on election day. Only 67% of the voter population cast ballots in 2020. In states like West Virginia and Arkansas, less than 60% of voters went to the polls. Clearly, there is room to grow the voting population. That’s important in a year where everyone is spending heavily.

There’s also more data available than ever before. Voter registration data is confined to a small, insular group of data sellers, and most campaigns likely already have a preferred partner for this kind of data. There’s not much room for choice or experimentation.

More importantly, there’s not much space for differentiation. Building out unique interest-based audiences results in a competitive advantage for many campaigns. If every campaign is using the same voter registration insights, it’s hard to find much new ground. The campaign that is able to supplement that data could have the edge needed to win on election day.

For many political campaigns, social data is a great way to identify issue-affiliated interests. Social media is where audiences regularly engage around the topics that matter to them, often in ways that are not explicitly political.

The biggest benefit of using social data as a seed set is that it gives political campaigns the ability to target around issues that don’t break cleanly along party lines.

This is prevalent on the local level. Several states have local initiatives focused on sports betting this year. It makes sense to target audiences interested in sports, gambling, or fantasy sports and those are not traits revealed by voter registration data.

The kind of car you drive can be very useful as well. This can help identify people who are concerned about fuel prices, or electric vehicle drivers likely concerned about the environment – two issues that are very top of mind for people heading to the polls this November.

To make things more enticing, social data is an effective seed set for delivery across all channels, not just social. This matters, because political advertising is restricted on channels like Twitter and TikTok, even though this is a hub of declared interests and political commentary.

When it’s treated as an audience seed set, social data can be used to deliver advertising across any online channel, including programmatic, email, and advanced TV, this years’ political spend darling. It also works offline for things like direct mail, which will still see massive investment from campaigns this year.

Perhaps the biggest reason to build data sets around people is that it opens things up to a wider audience that is interested in issues, and whose vote may still be up for grabs, as opposed to a group of registered voters who are likely already leaning toward one party. The more people a campaign can get to line up with its message, the more likely those ad dollars deliver a victory in November.

Reach out to see how Alliant's on-demand Interest Propensities audiences can help you effectively reach people based on the issues that matter most to them this midterm election season!