Is Addressable TV Right for Your Brand? 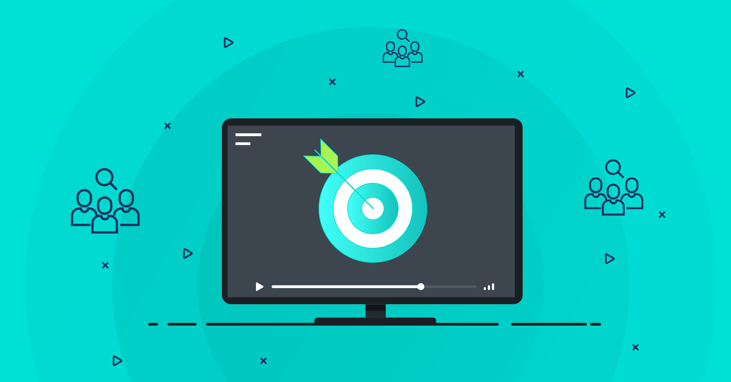 Whether TV is part of your current channel strategy or not, many marketers are curious about the why and how of addressable TV. As TV became more data-driven, Alliant jumped in with the goal of extending our ad-tech leadership to this emerging space. Throughout 2019 we established relationships with OTT platforms, MVPD’s (not up on the lingo? – here is a quick guide), programmers and agencies, all in the quest to deliver high performing addressable audiences with expertise and ease.

With the recent increase of consumers viewing at home on connected devices and traditional linear TV, our TV-focused conversations have accelerated, leading to many clients launching new addressable TV tests. Throughout these discussions we have heard similar questions and concerns about scale, delivery and value – all worthwhile considerations if you are exploring a test of addressable TV. Here are some common questions we’ve encountered:

Is scale an issue?

Addressable TV campaigns identify an audience and deliver viewers targeted television ads at the household level. The audience data is matched to the subscriber base of a cable or satellite TV service, such as Verizon Fios or Dish, and in some select OTT options such as Roku and Sling. According to the 2019 IAB Advanced TV Targeting Guide, of the 95 million U.S. households with paid TV subscriptions, over 64 million are already capable of addressable targeting. That means more than half of all American households can be reached with specific messaging on the TV shows they watch every day.

Still feeling unsure? Check out a recent piece on Broadcasting and Cable debunking the myth of scale, or lack thereof, by our very own Chris Morse, Director of Digital Partnerships. As he points out that “while scale is nice, the key benefit of addressable is not massive reach, but in the ability to target efficiently… the true value comes from hitting your desired audience.”

How does targeting and measurement change?

Addressable TV makes buying TV advertising better. Linear TV targeting has long leaned on programming and dayparts as a proxy for audience. Despite the flaws, Nielsen panel-based data has been king and advertisers find the audience based on what program they watch (i.e. 65+ watches Wheel of Fortune or daytime TV). Addressable TV on the other hand allows you to overlay the same targeted audiences you leverage for programmatic, Direct Mail, or Facebook campaigns in conjunction with traditional programming.

Performing a cost benefit analysis of the audience is important. Seasoned TV advertisers may be accustomed to thinking about scale and value in a particular way, but addressable will require a shift in mindset. Your audience may go from 10 million viewers to 5 million, but that subset will be a much more valuable and targeted audience, which may come at a premium price. You can still target 65+, but perhaps you want to target Audi owners, not BMW owners, in that age bracket. The end result may be that this refined audience will ultimately give you the highest ROAS and maximize your budget. An additional benefit: no more estimating performance. You can measure outcome-based metrics at the household level for how that audience performed vs. your previous campaign strategies.

How do I get started?

Like everything new in marketing – start with a test. A budget estimate to provide an audience large enough to measure performance without overextending would be an investment of at least $500,000. If a test like this falls within your TV budget, the next, and perhaps more perplexing, component is tackling execution.

Many TV advertisers already partner with an agency — consider maintaining this relationship and coordinating a test through them. Their connections and experience within the channel may be invaluable. Don’t work with an agency? You can go directly to the MVPD’s (cable or satellite providers) or consider consortiums. The consortiums, such as Xandr or Ampersand, allow access to multiple MVPD’s with one contact.

Don’t forget your audience first strategy. It is, after all, what makes addressable, addressable! Feel confident relying on partners with experience in programmatic and high quality data to help you explore the opportunities of addressable TV and how it will complement your current channel mix.

Don’t forget your audience-first strategy. It is after all what makes addressable, addressable!

Want to test the waters before a full commitment? Alliant can push your desired audience to the MVPDs for an “overlap” test to determine the targetable size on each partner – which is required for pricing. Whatever path you choose, the Alliant team is here to help you navigate addressable TV.